Nothing but blue skies. I am the rose of Sharon, and the lily of the valleys.

As the lily among thorns, so is my love among the daughters.

As the apple tree among the trees of the wood, so is my beloved among the sons. I sat down under his shadow with great delight, and his fruit was sweet to my taste.

He brought me to the banqueting house, and his banner over me was love.

Stay me with flagons, comfort me with apples: for I am sick of love.

His left hand is under my head, and his right hand doth embrace me.

I charge you, O ye daughters of Jerusalem, by the roes, and by the hinds of the field, that ye stir not up, nor awake my love, till he please.

My stumbling will be taking a back seat for the next fortnight as I shall be getting married on Saturday October 22nd and will be on honeymoon in Switzerland for a week.

While I am away I can strongly recommend that you visit anyone from my list of stumbeupon friends whose kind comments and support have lifted my spirits since I started stumbling back in July ’04. 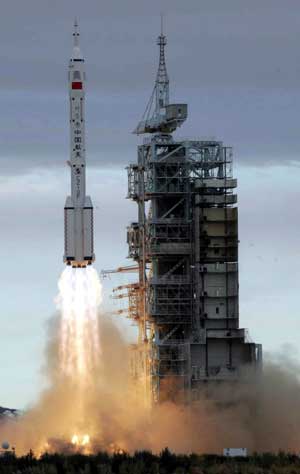 What the two Chinese astronauts eat and how they sleep during their 119-hour, zero-gravity space odyssey has aroused much attention.

Mooncakes symbolize the gathering of friends and family and are an indispensable part of the offerings made to the Earth God, Tu Ti Kung. According to popular belief, the custom of eating mooncakes began in the late Yuan dynasty. As the story goes, the Han people of that time resented the Mongol rule of the Yuan Dynasty and revolutionaries, led by Chu Yuan-chang, plotted to usurp the throne. Chu needed to find a way of uniting the people to revolt on the same day without letting the Mongol rulers learn of the plan. Chu’s close advisor, Liu Po-wen, finally came up with a brilliant idea. A rumor was spread that a plague was ravaging the land and that only by eating a special mooncake distributed by the revolutionaries could the disaster be prevented. The mooncakes were then distributed only to the Han people, who found, upon cutting the cakes open, the message “Revolt on the fifteenth of the eighth moon.” Thus informed, the people rose together on the designated day to overthrow the Yuan, and since that time mooncakes have become an integral part of the Mid-Autumn Festival.

There are four types of mooncakes : ping, su, kuang, and tai. Ping style mooncakes originated in Peking and resemble sesame cakes, with a crisp and savory outer crust. The su style of mooncakes are sweet with a thin, delicate layered crust which is judged according to its tenderness and whiteness. The kuang style are wrapped in a pastry-like crust and are famous for their meticulously prepared fillings. The tai style of mooncake is traditionally eaten in Taiwan and is also known as “Moonlight Cakes.” These cakes use sweet potatoes for filling and are sweet, tender, and tasty without being oily.

The Eastern Front, I spend a lot of time here. 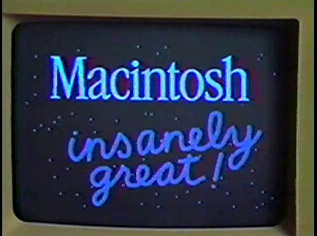 From the page:
“As the online world moves towards Web 2.0, the concept of digital identity is evolving, and existing identity systems are falling behind.

New systems are emerging that place identity in the hands of users instead of directories. Simple, secure and open, these systems will provide the scalable, user-centric mechanism for authenticating and managing real-world identities online, enabling truly distinct and portable Internet identities.”

The presentation is a tour de force in how to use powerpoint. Both the content and style are brilliant.

Useful resource if you get into an argument with the neighbours.

I don’t really want to stop the show,
But I thought you might might to know,
That the singers gonna sing a song,
And he wants you all to sing along,
So may I introduce to you…

…the one and only xyzzyplugh

From the page: “An AdWords Experiment Shows Why at Google, the House Always Wins”

Ever wondered how Google makes money through advertising?

In this article Robert X Cringely explains the Byzantine way Google uses it’s AdWords system and comes to the conclusion that Google is not as benign as it would have you believe.

A beautiful collection of images can be found here.

My favourite sketch from the ‘Two Ronnies’ can be found here:
http://www.angelfire.com/me/tvcomedy/fourcandles.html

Mortal: What is a million years like to you?

Mortal: What is a million dollars like to you?

Mortal: Can I have a penny?

From the page: “Eric Idle writes

Eric Idle was the nicest of the six members of Monty Python. He was born in the North of England well when I say the nicest he wasn’t absolutely the nicest. Michael Palin is generally recognised as being the nicest. Actually Terry Jones is pretty nice too and certainly he’s very nice at parties. It’s probably fair to say that he is at least as nice as Michael Palin at parties. Come to think of it Terry Gilliam can be fairly nice as well. Especially abroad. In fact he is super nice abroad. Perhaps almost too nice. That Graham Chapman was a nice man and even John Cleese is a lot nicer than he used to be. In fact I’d stick my neck out and say that nowadays John Cleese is probably amongst the nicest of them all. So.”

Plenty to choose from here.